8 Contemporary Movies that Celebrated the Pop Culture of the 1970s 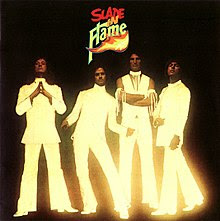 Email ThisBlogThis!Share to TwitterShare to FacebookShare to Pinterest
Labels: Born To Boogie, David Essex, Elvis On Tour, Film, Glam, Marc Bolan, Slade In Flame, Stardust, That Will Be The Day, The Kids Are Alright, The Man Who Fell To Earth, The Who, Tommy