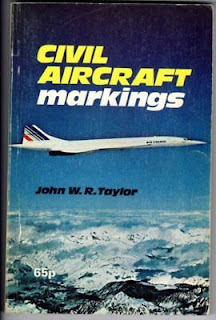 I first saw Concorde fly over my home in 1970. I was eight years of age, and the Anglo-French supersonic jetliner was landing at London's Heathrow airport, under the flightpath of whose Runway 28-Left my Isleworth home was located. My late father, who saw it too, was unconvinced. He told me it was a Vulcan bomber. So, precocious child that I was, I phoned the airport and the man on the other end of the line confirmed it for me. Triumphantly, I announced to my father: "I told you so, you idiot!"
In reply, Dad calmly pointed out that I really ought to have put the receiver down before saying such a thing.
REGULAR SERVICES TO WASHINGTON
It was almost another six years before this marvellous piece of aviation technology was to enter regular service. On 21st January 1976 British Airways flew its first Concorde passenger flight to Bahrain, while on the same day Air France flew one of its own to Rio de Janeiro. After having initially been refused permission to travel to any destination in the US due to noise concerns, services to Washington were later that year given the go-ahead, and both airlines simultaneously commenced thrice-weekly services into Dulles airport on 24th May 1976.
I had, by this time, officially been a plane spotter for three and a half weeks, and I had "copped" the numbers of all five British Airways Concordes then based at Heathrow within the space of a week or two.
PREPARATION AND COMPETITION
Supersonic air transport (SST) may have been a new thing in the world of commercial air travel, but it had actually been quite a long time in coming. The idea had first been mooted in the early 1950s and a group formed to discuss the feasibility of developing the concept first met in February 1954, and published a report in April 1955.
The famous delta-wing design was already accepted as the model for any future supersonic airliner, having been successfully adopted in the development of a number of high-speed military aircraft. But surprisingly the question of a form of design was in many respects more easily agreed upon than the name that the finished product was to be given. The word "concorde", ironically, means "agreement", "harmony" or "union", but the English form of the word is spelt "concord" and the two parties found it difficult to agree on which should be used. British Prime Minister Harold Macmillan at one point unilaterally changed the name of the aircraft to the English spelling in response to a perceived slight by French President Charles de Gaulle, but the French spelling was later accepted by the UK's Minister for Technology Tony Benn, who declared that the "e" actually stood for "Excellence, England, Europe and Entente".
But neither the British nor the French could claim sole ownership of the SST idea. In the United States both Boeing and Lockheed had begun to work on their own projects, the 2707 and the L-2000 respectively. These were to have been significantly larger than the 144-seater Concorde, with early designs for both suggesting accommodation for something approaching 300 passengers. However environmental concerns along with costs that were considered unacceptable led to the US abandoning its interest in SST in 1971, having already spent in excess of $1 billion at the evaluation stage.
But in the Soviet Union an aircraft remarkably similar to Concorde in appearance, the Tupolev Tu-144, in fact rolled off the production line in 1968, ahead of its Anglo-French counterpart. The design however was generally reckoned to have been inferior, having poor control at low speeds and requiring parachutes to land. Tragically one aircraft crashed at the Paris Air Show in 1973 and another during a test flight in 1978. Nevertheless the Tu-144 did indeed enter service with the USSR's state airline Aeroflot and remained in operation until 1983. Thereafter it was utilised by the Soviet space programme to train pilots, and by NASA for supersonic research until 1999.
LACK OF INTEREST
Despite initial expressions of interest from a multitude of airlines and air operators, including Pan Am, Iran Air, Singapore Airlines, Lufthansa and even our own British Caledonian, the aircraft never actually made any sales beyond British Airways and Air France. The cost of operating such an aeroplane and all the noise and sonic problems associated with SST meant it would never be a viable option as a standard service airliner. In all, only 20 Concordes were ever built and only 14 of these ever saw commercial action.
The introduction of Concorde into regular service was just one of the many great events that the year 1976 will be remembered for. Whatever one's view of this remarkable airliner, that it represented a revolution in civil air transport can surely not be disputed.
THE ETHICAL QUESTION
When all is said and done, Concorde was designed and operated as a vehicle for the very rich. It was never going to be viable as a conventional passenger airliner. Undoubtedly it was noisy, environmentally unsound and, for the vast majority of ordinary, everyday people, nothing more than a curiosity that they would never be in a position to partake of themselves.
From an egalitarian perspective it symbolised everything that was wrong about modern Western society. And yet, at the same time, it was unquestionably a remarkable piece of engineering and an icon which helped define the extraordinary year that was 1976.
Just possibly, one day in the future, advances in technology and fuel efficiency will allow us to fly supersonically at a price that we can all afford to pay, including of course a price to the environment. Until then, all we can do is marvel at the elegance of what, in radio communications parlance became affectionately known as "Speedbird", and not think too deeply about the social implications of its emergence as a commercial operator as we approached that wonderful summer.
at September 30, 2019