Remembering the Summer and Winter Olympics of 1976 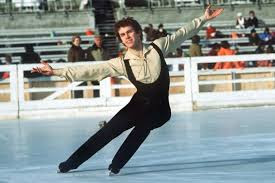 1976 was an Olympic year, and the choice of Montreal as the host city had, as has so often been the case in more recent years, been to some extent a political decision.
It was the Cold War era and the Canadian city had staged its bid in competition with Los Angeles and Moscow. With the more enthusiastic adherents of their respective political systems loyally lining up behind one or other of the two during the voting process, many smaller nations plucked for Montreal as the closest thing to a neutral option. When Los Angeles was eliminated from the race having secured the least votes, all those countries who had backed it switched their support to Montreal, which as a consequence overtook Moscow as the venue of preference and eventually won the gig by 41 votes to 28.
But before Montreal came Innsbruck, and what is normally very much the poor relation of the "real" Olympics became, in 1976, a cause of celebration for British sports fans as the sublimely talented skater, the late John Curry, scooped up the gold medal in the Men's Singles Figure Skating at the Winter Olympics.
MONTREAL 1976
The 1976 Summer Olympics, or to give its proper name the Games of the XXI Olympiad, was the first Olympic Games ever to be staged in Canada. It got off to a bad start after being boycotted by nearly thirty mostly African countries in protest against the failure of the International Olympic Committee (IOC) to ban New Zealand from participating after that country's rugby team had toured apartheid South Africa earlier in the year in defiance of a UN embargo.
Taking place just four years after the horrific Munich massacre, security was understandably at its height. The Games were opened by Queen Elizabeth II, who had an added interest in proceedings as her daughter Princess Anne was a competitor as a member of the British equestrian team.
TOTAL PERFECTION 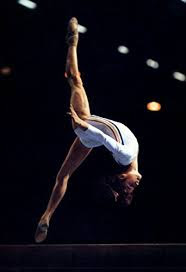 The unplanned extinguishing of the Olympic Flame during a rainstorm did not succeed in dousing the excitement of the 15-day event, which saw East Germany finish second and ahead of the United States in the tally of gold medals. Only the Soviet Union did better. In boxing Sugar Ray Leonard, Leo Randolph and the Spinks brothers Leon and Michael all won gold medals for the US before going on to become professional world champions in later years. Latter-day Flying Finn Lasse Virén repeated his double win of 1972 with victory in the 5,000 and 10,000 metres, becoming in doing so the first runner to successfully defend a 5,000-metre win (although this was since equalled by Britain's Mo Farah in 2016).
But possibly the most enduring image of the Olympics from that scorching summer of 1976 was that of 14-year-old Romanian gymnast Nadia Comăneci, who became the first ever to perform a set with total perfection by scoring 10 across the board.
In all she won three gold medals. The anticipated showdown between Comăneci and the great Byelorussian Olga Korbut, who had left audiences spellbound at the Munich Olympics in 1972, failed to materialise as the latter was sadly injured and her performances suffered as a result. In the event it was her fellow Soviet Nellie Kim who most impressed for the USSR, but the Romanian youngster had the beating of them all.
at October 07, 2019