Everyone who is at the top of their game these days is referred to as a king or queen of something or other. In the case of Neil Peart, whose sad passing last week confirmed the end of the Rush era, his kingdom was a land where percussive perfection met insightful lyricism of a quality that placed him alongside the very bardest of the bards who have graced popular music in recent decades.
When Peart auditioned to join the Canadian power trio in July 1974, his future bandmates were at first underwhelmed. Bass player Geddy Lee put it thus: "He drove up in this little sports car, drums hanging out of every corner. He comes in, this big goofy guy with a small drum kit with 18-inch bass drums. Alex [Lifeson] and I were chuckling - we thought he was a hick from the country."
A short demonstration later, the tone had changed somewhat: "And then he sat down behind his kit and pummelled the drums, and us. I'd never heard a drummer like, someone with that power and dexterity. As far as I was concerned, he was hired from the minute he started playing".
Aside from being an accomplished drummer, Peart revealed himself to be an astonishingly gifted songwriter. For Lee and Lifeson, neither of whom had much interest in writing lyrics, that clinched the deal.
Thus began the Rush experience, a unique amalgam of prog, hard rock and heavy metal laced with complex signatures and unorthodox chord structures, and overlain with intellectual and thought-provoking lyrical ventures into such eclectic themes as science fiction, philosophy and spirituality.
1976 AND 2112 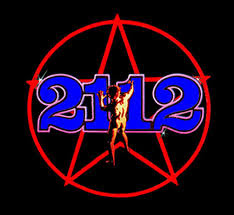 If any work could be said to define the Peart sound it was the concept album 2112. Like so many defining events in the story of rock and pop it was, perhaps inevitably, released in that cultural crossroads that was 1976. The fourth album recorded by Rush, 2112 became especially known for its epic, seven-part, twenty-minute anthem of the same name which occupied the whole of the first side of the record. Set in that far-off year in the mythical land of Megadon, one of the Solar Federation of planets where the Elder Race had been defeated in battle by the Priests of the Temples of Syrinx, the unnamed subject of the story finds amongst the rubble of that conflagration a guitar, which he presents to the Priests expecting them to be grateful. Instead, to his horror, they grind it underfoot and tell him to forget he ever encountered this "toy that helped destroy the Elder Race of Man". Distraught, he returns home and takes his own life, not wanting to continue his dreary existence as a subject of the Priests, whose exaggerated collectivist zeal leads them to reject any notion of culture or individual creativity. But there is some good news - for the world, if not for him - when the Elder Race returns to resume control of the Solar Federation at the end of the story.
I had never heard of Rush, let alone 2112, when I was a spindly fourteen-year-old at the time of its release. It was to be quite a few years before I would become familiar with this symphonic tour de force, and yet the serendipity of its alignment with the year 1976 and all the perfection that surrounded it was not lost on me when I did.
POLITICAL BEARPIT
Among the cover notes of this incredible concept album, discreet though by no means hidden, was Peart's dedication of it to "the genius of Ayn Rand" - the controversial Russian-American objectivist philosopher. In the political bearpit that was the mid to late 1970s, it's not difficult to see how Rush in general and Peart in particular came to be regarded with extreme caution by the leftish consensus which largely prevailed around the music scene during that time. 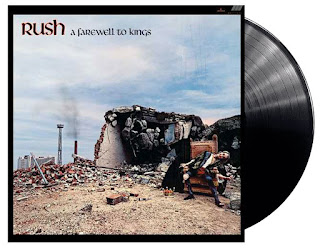 But Peart, whilst adamant that he had nothing to apologise for, was quick to point out that although he was influenced by Rand's thinking he was by no means uncritical of it. "I am nobody’s disciple," he told reporters at the time. Later he was to describe himself as a "left-leaning libertarian", taking pains to place his earlier interest in Rand into some perspective.
Meanwhile for most of us, 2112 was about more or less whatever we wanted it to be. The struggle of good against evil, the oppressed against the oppressor, creativity against bland consumerism. It was philosophy, rather than politics. Certainly the socialist comedian Ben Elton didn't need to alter the storyline all that much to imbue it with a progressive message for his hit musical We Will Rock You some years later.
A PRIVATE MAN
Peart was reportedly an intensely private man, choosing to travel between gigs alone rather than in the company of his band and crew, covering huge distances on his motorcycle, reflecting upon life as well as drawing creative inspiration from his environment.
He authored seven non-fiction books, including the reflective Ghost Rider: Travels on the Healing Road, written during a period of what was to prove temporary retirement following the tragic deaths of both his nineteen-year-old-daughter and, shortly afterwards, his first wife.
EXIT THE WARRIOR
He retired for good towards the end of 2015, his tendinitis and shoulder pain making it impossible to continue playing the drums, especially bearing in mind the force and stamina with which Peart famously plied his trade. The following year he was diagnosed with brain cancer, from which he sadly died on 7th January 2020. He is survived by his second wife, their daughter, his three siblings and both his parents.
at January 15, 2020 No comments: