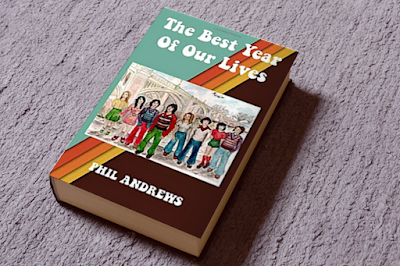 Following the announcement by Amazon's KDP Publishing that it is now able to publish titles in hardcover, both The Best Year Of Our Lives and 1000 Memories of 1976 are now available for purchase in this exciting new format.
I have deliberately kept the prices as low as possible (although Amazon itself seems to be arbitrarily resetting the price of the former on an almost daily basis). The prototype copies that I have ordered for myself would suggest that there are no quality issues to be concerned about.
Please click here for more information, and for details of all my titles.

Email ThisBlogThis!Share to TwitterShare to FacebookShare to Pinterest
Labels: 1000 Memories of 1976, Amazon, Hardcover, KDP Select, The Best Year Of Our Lives

When the Music Came Alive 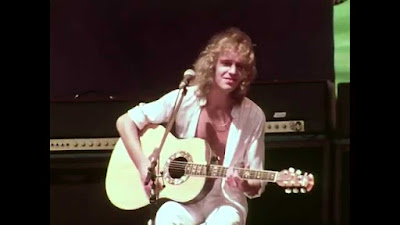 To those of us who were yet to reach our teens back in the very early 1970s, bands like Humble Pie meant very little. Certainly we'd seen their names in the columns of the music papers, and the scribblings of the bigger kids on the school desks gave some hint that there was a world of rock somewhere out there which seemed to run parallel to the one we knew and loved, but generally it was dismissed as the posing and posturing of a pretentious elite. If it didn't wear tinsel and appear regularly on Top of the Pops then to all intents and purposes it wasn't really there.
When guitarist Peter Frampton quit the band in 1971 to pursue a solo career, most of the kids at my primary school would have been underwhelmed even if had we had known. He may have been some kind of teen idol in the 60s, but this was the 70s after all, and still as yet our teens were but a distant dream. With T. Rex and Chirpy Chirpy Cheep Cheep ringing in our ears, the esoteric fringes of the rock medium were of no concern to any of our gender who couldn't grow a tash.
That all changed in 1976. Not so much the tash bit, although one or two of my secondary school mates had by then embarked, albeit half-heartedly (and usually quite pathetically) upon that same endeavour. But Frampton, from somewhere out of nowhere, suddenly exploded onto the scene like nothing we had ever known. Show Me the Way was more than just an original, pulsating, energetic rock song, expertly exploiting new technologies to create a whole new sound which superbly complemented his exciting (but not at all esoteric) guitar work. It was also a liberating, almost breathless and hugely optimistic sound, laying down a vibe for 1976 so passionate and assertive that it would live with me, and many others like me, forever. Albums weren't really our thing in those days, but Frampton Comes Alive! was a must, as was rushing out and booking a ticket for the solitary London gig.
Album of the Year 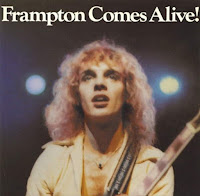 The top-selling LP was voted was voted Album of the Year by readers of the influential Rolling Stone magazine in 1976, and 36 years on it was still being heralded by the same august publication as the third greatest live album of all time. The accompanying article declared: "He was loved by teenage girls, and their older brothers. He owned the year 1976 like nobody else in rock."
Frampton Comes Alive! yielded two more hits in the form of Baby I Love Your Way and Do You Feel Like We Do? Some beautiful footage on him performing to packed stadia in the US in the wake of his 1976 success is freely available on YouTube.
Later years saw Frampton perform a hefty catalogue of new work, including an interesting collaboration with his old schoolpal David Bowie in which he contributed to the latter's album Never Let Me Down and played on the accompanying Glass Spider tour. Sadly in 2019 he revealed that he had been diagnosed with Inclusion Body Myositis (IBM), a progressive muscular disorder, and that he would play five farewell concerts in the UK the following year. Heartbreakingly, they had to be cancelled due to Covid-19 restrictions.
at January 02, 2022 No comments:

Email ThisBlogThis!Share to TwitterShare to FacebookShare to Pinterest
Labels: 1976, Baby I Love Your Way, David Bowie, Do You Feel Like We Do, Frampton Comes Alive!, Glass Spider Tour, Humble Pie, Never Let Me Down, Peter Frampton, Show Me the Way
Newer Posts Older Posts Home
Subscribe to: Posts (Atom)
phil@communitygroup.org.uk