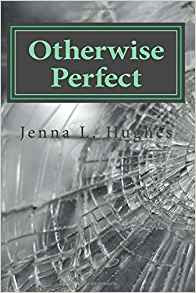 Written in diary format, this story is unusual in that the narrative flits between two friends as the chapters alternate, charting a period of their lives and the relationship that they have with one another.
It is often difficult when compiling a review to know how much of the plot to reveal. Too much and the story is spoiled, too little and the interest to the potential reader is negated.
But I will do my best. Jesse and Wes are two pals from a college in the US. Wes is in a relationship with a female student whilst Jesse is gay. The latter's parents are Christians, and in his father's case at least of that variety of Christian which regards being gay as a sin to the point of justifying his rejection not just of Jesse's lifestyle but indeed of Jesse himself. Unsurprisingly under the circumstances he and his father become estranged, so much so that in conversation Jesse addresses him by his forename, Patrick, rather than by any name which might suggest kinship let alone affection.
EMOTIONAL ATTACHMENT
By the time we get to the meat of the story the already fractious relationship between father and son has been placed under a level of strain which Jesse struggles deeply to cope with, and the book revolves itself around his attempts to deal with the situation with the help of Wes and the wider circle in which both men move. This process is further complicated at times both by Jesse's emotional attachment to his best friend, and by the consequent reactions of Wes' girlfriend.
Any further detail would, I fear, lead me across the line that I have drawn between review and revelation. The special appeal of this book, for me, rests both in the untypical construction and presentation of unfolding events, allowing us the unique perspective of seeing them through two pairs of eyes, and the obvious empathy with which it deals with its subject. Reasonably the story could have ended in either of two ways, and the author teasingly retains our interest to the last by leaving it pretty much to the end before relieving us of our suspense.
Otherwise Perfect is a wonderful read, which kept me involved and immersed despite the fact that it isn't really of my niche. That in itself recommends it.
at March 18, 2018